Felbermayr acquires the majority stake in a hydraulic engineering company

It was finalised on 4 May: Felbermayr acquires a majority stake in the well-established and owner-managed Domarin Group. This was announced at a company meeting at the company headquarters in Vilshofen. The Domarin sites and the hydraulic engineering and shipbuilding areas remain unaffected by this, as does the company name of the successful Bavarian company.

The success story of the Bavarian company, known for its authentic quality, began with the foundation of Domarin in 1986. Only ten years after the company was founded by Johann Brunner, it moved into shipbuilding in addition to hydraulic engineering with the takeover of a shipyard in Erlenbach/Main.

For Johann Brunner, who is handing over his majority stake in preparation for company succession, the decisive criteria in particular were a solid basis of trust and a secure future for his employees: "We have been working successfully with Felbermayr for many years and we know and appreciate each other," states Johann Brunner and goes on to say: "The similarities in the company's culture and the associated appreciation of its employees were also a major reason for the decision to sell to Felbermayr."

From an operational point of view, Felbermayr's construction division will benefit in many ways. Managing Director Stefan Hielle comments: "With our niche strategy, we are taking a big step forward in the construction sector and in hydraulic engineering in particular. In addition, the shipyard in Erlenbach provides us with a source of technical know-how for our own fleet expansion and can act as a service provider for inland shipping companies."

The decades of experience and knowledge of the Domarin employees, as well as around 50 floating units, consisting of push boats, self-propelled barges, open barges and pontoons, are a major expansion of this niche segment for Felbermayr. "For us, this is an ideal addition. As a result, we can now be a much stronger player in the German market as a hydraulic engineering company," states Stefan Hielle enthusiastically.

In the future, the name Felbermayr will therefore also be more frequently encountered as a hydraulic engineering company on the inland waterways of the Danube, Main and Rhine, which lent their name to the company Domarin. Currently, this can already be seen in the upgrade of the Danube between Straubing and Vilshofen – this is already being carried out in a working group for the Danube regions (ARGE) established by the two companies. 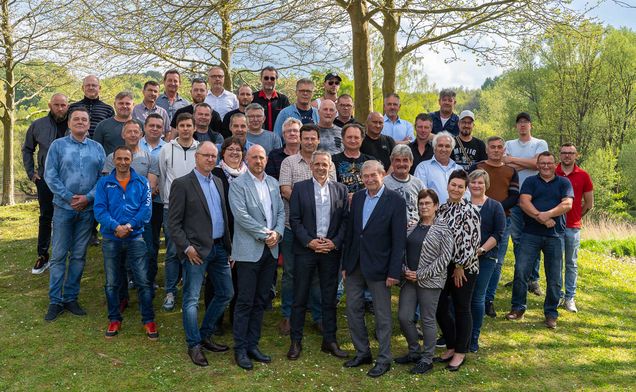 Felbermayr becomes a majority shareholder in the Domarin Group. This was announced at a company meeting in Vilshofen at the beginning of May.

In addition to know-how in hydraulic engineering, Felbermayr and Domarin also impress with a modern fleet – excavators with energy recovery systems are also among the equipment. 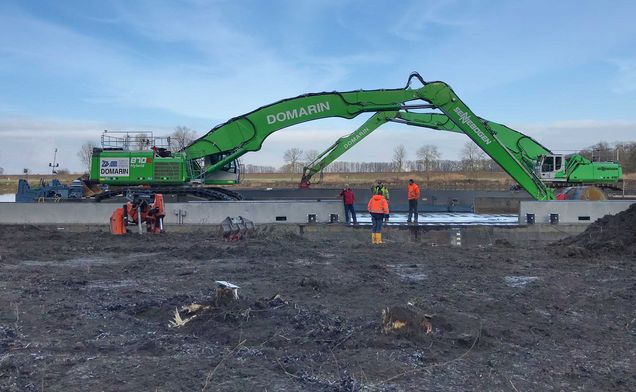 Felbermayr and Domarin are currently involved in a working group for the Danube regions (ARGE) on the upgrade of the Danube between Straubing and Vilshofen.
Previous Next
Back to all news