08/08/2016 | Riding in the colours of Felbermayr Holding, the winning streak of the power pedallers from Wels remains unbroken from last year to this year.

At the Austrian Federal Cycling League's opening race in March, which marks the start of the cycling season, the Felbermayr Simplon team took all three places on the podium – with Stephan Rabitsch coming first, Daniel Auer second and Daniel Schorn third.

Their success continued in April at the traditional “Cherry Blossom Race” in Wels, an important home race where sprinting ace Daniel Schorn romped to a win against around 120 competitors.

Team Felbermayr Simplon Wels then returned from the Tour d'Azerbaidjan in May having won the overall title, the sprint jersey and three places on the podium. The overall winner of this internationally renowned race in category 2.1 was Markus Eibegger.

Continuing the Wels cycling team's long list of triumphs, Stephan Rabitsch came away as the overall winner of the Upper Austrian Cycle Race, which attracts competitors from all over the world.

Speedy Stephan Rabitsch also stormed to victory in his pale blue jersey at the Wels Inner-City Race in July, where he crossed the finish line first in front of Tour-de-France rider Georg Preidler. 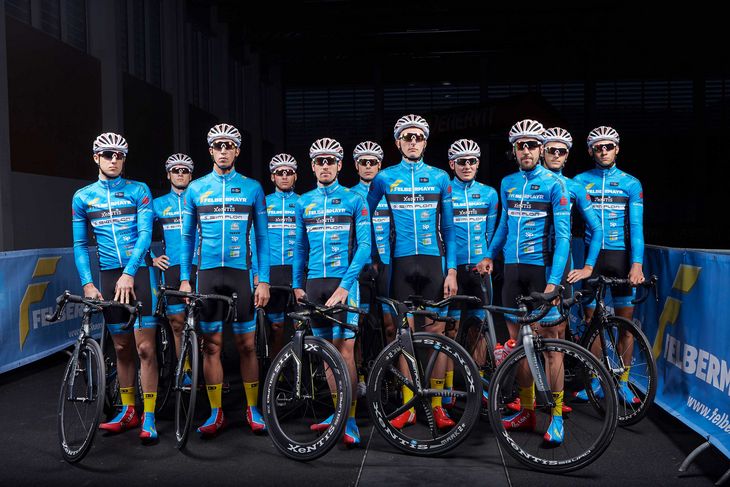 The Radsport Wels (RSW) cycling team are on track for success.