20/08/2021 | Around 18 months passed between the ground-breaking ceremony and the completion of the new Felbermayr headquarters in Wels/Oberthan. In the meantime, the employees have already moved in and, with a floor space of about 28,000 m2, the building has been handed over for its intended use.

We have made a good start says a pleased CEO Horst Felbermayr, who, as head of the company, also advocated for the earliest possible completion of construction. Due to Corona, however, a delay of about six weeks had to be accepted: “But I’m very pleased that the relocation has now also been successfully completed.” says Felbermayr speaking in high terms of the project team leaders Benedikt Linimayr, Thomas Schimpfhuber and Dieter Swoboda: “I can hardly put into words what has been achieved here with the involvement of our employees in the Transport and Lifting Technology and Construction areas.” But, of course, thanks also go to the suppliers of external trades, whose selection had obviously also demonstrated their expertise.

The commercial area comprises a total of three halls with an overall area of approx. 18,000 m2. Hall 1, located to the west, houses the transport and lifting technology. This will also house one of a total of ten overhead cranes with lifting capacities of up to 30 tonnes.

The middle hall is optimised for the central workshop and has an overall area of 9,000 square metres. Maintenance and service work on the vehicle fleet is carried out there. To optimise the work processes, the inventory includes equipment with scissor lifts and lifting platforms. This can be used, for example, to lift whole heavy-duty tractor units. “This makes it easier to change tyres, for example” explains Benedikt Linimayr, who acted as the owner's representative during the construction phase. The first and second floors contain storage areas accessible by heavy-duty lift. In keeping with state of the art, the workshop also features underfloor heating.

The technical equipment in the sense of simplifying work processes is also reflected in the design of the 181 linear metres of assembly pits. Thus, so-called ‘energy columns’ were also stationed at these dimensions that are impressive by their length alone. “There, the technicians in the pit can directly take out service materials they need, such as engine and hydraulic oil or compressed air” explains Linimayr, pointing out that this makes the work easier.

Like Hall 1, Hall 3 is about 4,500 m2 in size and mainly houses a wash box and car wash for trucks as well as a paint shop. In addition, an extra-wide and ‘heavy-duty’ brake test stand is also available.

A football field-sized open-air warehouse with parking space will house the vehicle fleet. There is also a construction warehouse as well.

A petrol station with ten fuel pumps is also worth mentioning, Linimayr says, arguing that this will also make traffic jams a thing of the past when filling up with fuel.

Office and social building with 9,000 m2

​​​​​​​The office and social building is almost the size of a football field with a total of 9,000 m2. “The office complex comprises three floors with a total of 8,300 m2 and offers space for about 250 office workplaces” Linimayr adds. For the staff, there will be a meeting zone with a kitchenette on each floor. The social building, which can be reached via a connecting corridor, is individually situated and houses a freshly-cooked meals kitchen and a staff restaurant with around 120 seats. A childcare facility is located on the first floor. This also includes a 360 m2 playground on the roof of the property. An exercise room for strength and endurance training is also available to the staff.

​​​​​​​​​​​​​​In terms of optimising energy technology, a photovoltaic system was also taken into account in the planning of the new building. This is located on the roof of the workshop and consists of 1,400 modules with 350 watts each. “This allows us to produce around 500,000 kWh of electricity annually” Linimayr explains. This is roughly equivalent to the electricity consumption of 150 households. Heating and cooling is energy-friendly by means of a heat pump. This provides the staff with a pleasant indoor climate in summer and winter. This is also the best basis for a good working environment. But that has always been good at Felbermayr and will probably only get better at the new premises. 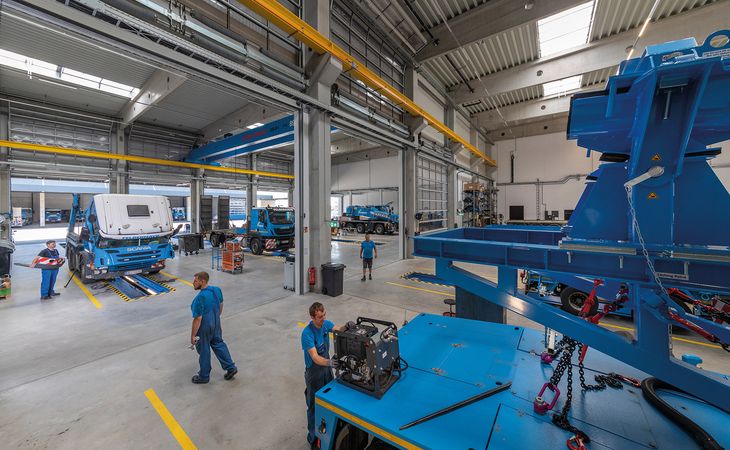 The central workshop is equipped with the latest technology and has a generous amount of space with more than 9,000 m2. 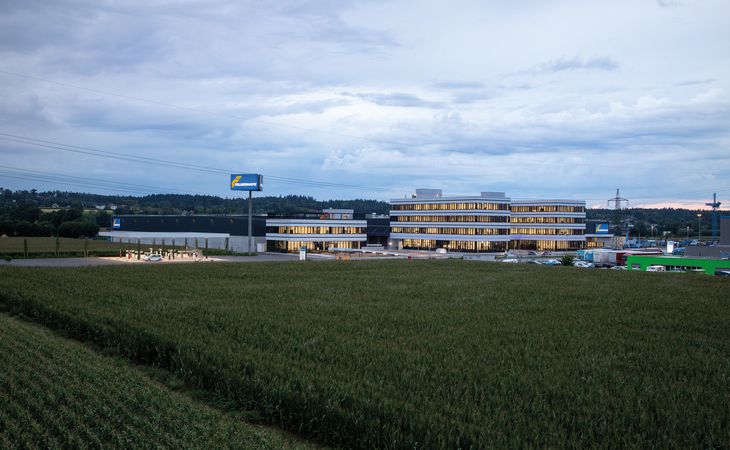 The petrol station, the social building and two-part office wing dominate the external appearance of the new Felbermayr company headquarters. 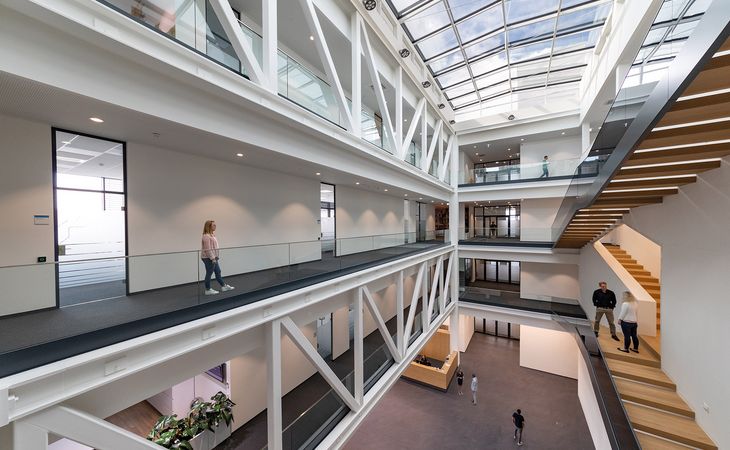 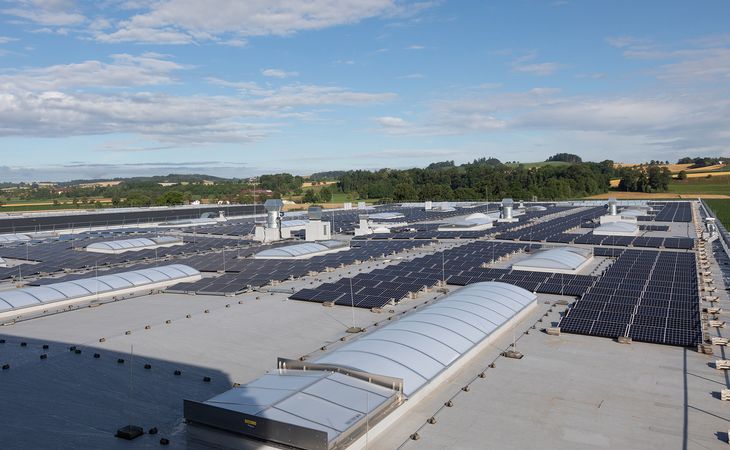 The photovoltaic system is installed above the workshop building and produces around 500,000 kWh of electricity annually. 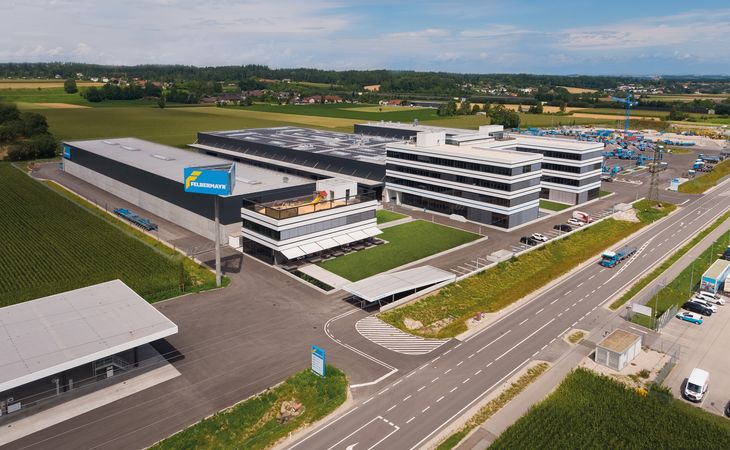 With an overall area of 100,000 square meters, the new company headquarter takes up the size of around 14 soccer pitches.
Previous Next