In order to protect and preserve the natural ecosystem, Felbermayr's hydraulic engineering team removed sediment from inlets on the Danube Island in Vienna with cable excavators and large-capacity push barges. Due to the nature conservation regulations, the project carried out on behalf of the City of Vienna was implemented during the dormant period from mid-January to mid-February 2022.

The Danube Island in Vienna is especially well-known as an event venue and is a popular recreation area for people living in Vienna. Relatively unknown is the fact that the Danube Island, with its numerous side arms and a length of 21 kilometres, is an extremely valuable habitat for more than 40 different fish species, hundreds of plant species and countless amphibians. The inlets on the Danube Island in Vienna and its natural ecosystem are therefore particularly worthy of protection.

Climate change and associated phenomena such as flooding and drought are putting a strain on the ecosystem. The EU project entitled "Life Danube Island Climate Change Adaptation" is contributing to the protection and preservation of biodiversity through numerous measures.

Divisional Manager Hans Wolfsteiner from Felbermayr's hydraulic engineering division: "The F 131 large-capacity push barge was used, which was coupled to a hopper barge with a capacity of 300 metres and the "Theresa" push-boat. A 200-tonne rail-mounted Liebherr HS 895 cable excavator with a 40-metre long boom and a ten cubic metre grabber were set up on the large-capacity push barge."

The cable excavator was used to scoop up the silt from a depth of twelve metres and to temporarily store it in the large-capacity push barge for further transport.

The material was transported away via appropriate lines by means of the pumping system on the push-boat, some was pumped into the middle of the Danube and some was also flushed into the storage area at the Freudenau power station. Material that could not be pumped was loaded onto trucks on the river bank and transported to landfills, where it is properly processed.

"Hydraulic excavators, some with long-reach equipment, were additionally used to assist in some side arms", adds Wolfsteiner.

In order for the animal inhabitants of the Danube Island to be protected so that they can spawn and to maintain the stock, optimal conditions must be in place.

The reduced flow rate in the area of the Freudenau power station in particular increases the volume of silt and deposits, which must be professionally removed by experts in accordance with the environmental protection regulations.

Through its hydraulic engineering division, Felbermayr specialises in working in watercourses and lakes and has the necessary equipment and know-how to prevent the build-up of silt in order to protect the fish. In the period from mid-January to mid-March 2022, a total of around 15 river bank inlets were revitalised by removing silt deposits. The aim of the dredging is to restore the natural condition of the inlets and to maintain the Danube Island as a recreation area for the coming generations and as a habitat for the animals and plants.

Wolfsteiner is very satisfied with the results after completing the dredging: "Due to the nature protection regulations, the work could only be carried out in the dormant period over the winter months. In total, around 30,000 cubic meters of fine sediment was removed from the inlets. An important step towards protecting and preserving the ecosystem of the Danube Island in Vienna. We are pleased that we have been able to play our part in this." 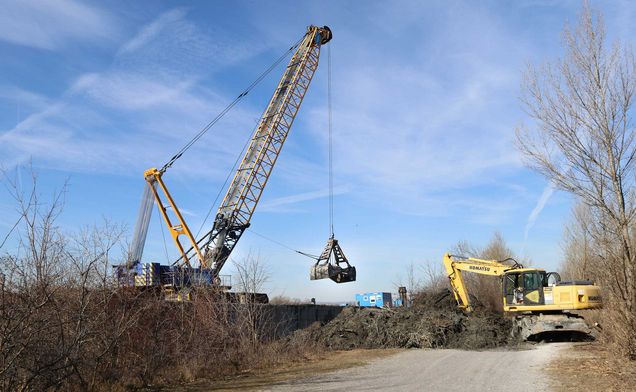 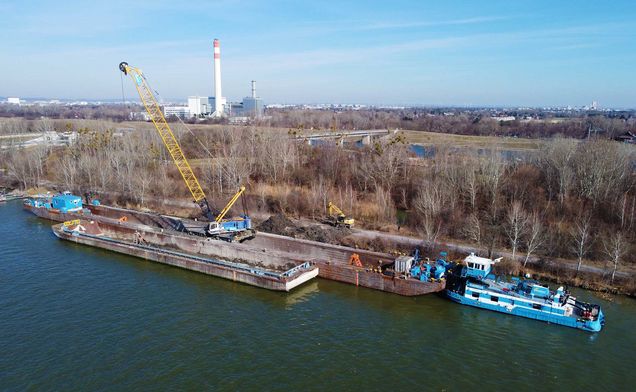 The experts from Felbermayr's hydraulic engineering team used several types of special equipment for the dredging - from a rope excavator to a push-boat. 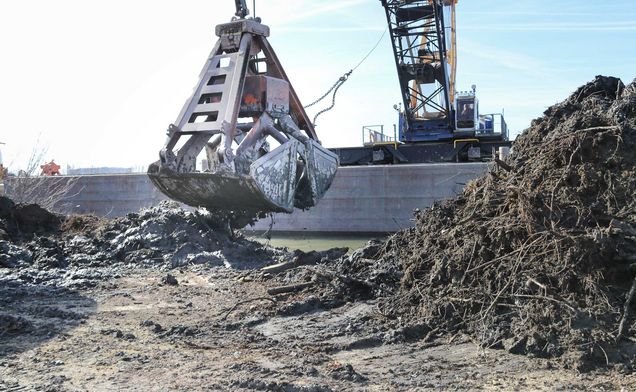 The silt was scooped up from a depth of twelve metres with a ten cubic metre grabber. 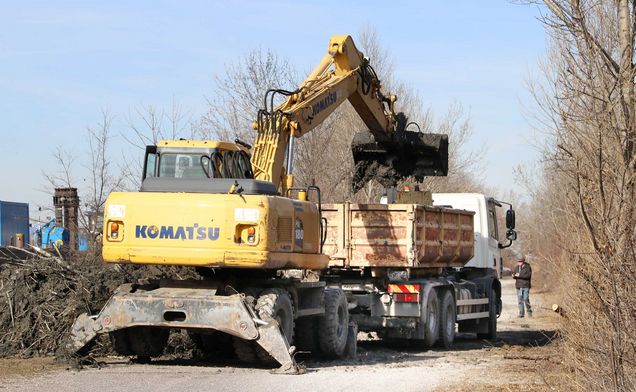 Material that could not be pumped was loaded onto trucks by hydraulic excavators and transported to landfills. 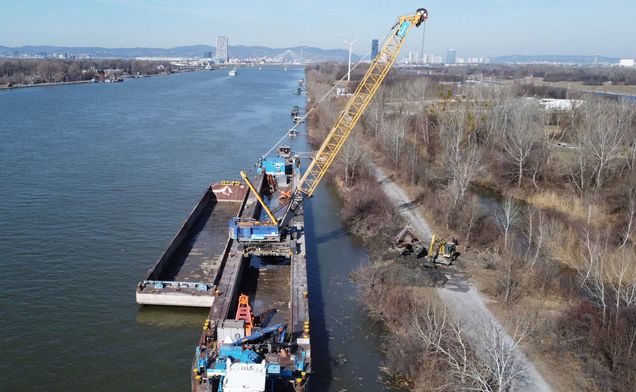 The F 131 large-capacity push barge was coupled to a hopper barge with a capacity of 300 metres and the push-boat.
Previous Next
Back to all news