Bridge brought in with SPMT

30/11/2020 | In mid-November, a 750-tonne bridge was fast tracked into place, so to speak. However, the heavy-duty equipment used was not a crane, but two SPMTs, referred to as “Self-Propelled Modular Trailers”. The engineering for this spectacular project in Düsseldorf was carried out by Felbermayr's “Engineered Solutions” division.

It is usual to drive on bridges. In the case of a new prefabricated steel arch bridge in Düsseldorf, however, it had to be driven itself beforehand in order to be able to use it for its intended purpose later on. “This was made possible by two SPMTs coupled in parallel with twelve axle lines, each of which has four wheels,” says Felbermayr divisional manager Kees Kompier, describing the vehicle configuration, which has a total of 192 wheels. Thus, the weight of the 750-tonne bridge was also well distributed and could be brought “gently” from the assembly site not far from the final bridge location into the end position. But before the self-propelled modular trailer could be used, numerous preparations had to be made.

It is not only the weight of 750 tonnes that is impressive about the bridge, but also its length and width of 66 and 25 metres respectively, emphasises Kompier. What was really relevant for the engineering, however, was the fact that the bridge was built at a minimum height of only 1.8 metres. However, the transport frames on the SPMTs reached a height of about five metres.  This was also the height at which the abutments were located on which it would later be finally set down. The project planning division therefore envisaged raising the lower edge of the bridge to a height of more than five metres so that the SPMTs, including the transport frame, could later drive under the bridge and lift it with the vehicle hydraulics for transport. “This was achieved by using what are known as hydraulic step jacks,” explains Kompier, noting that the thorough preparation and the use of the experienced specialist staff made it possible to complete the operation within a few hours.

As planned, the 750-tonne bridge was “shouldered” by the SPMTs the following day and moved to its final location. But what sounds so simple here requires a lot of intuition, because “including the self-propelled modular trailers, we reached a total transport weight of around 1,000 tonnes,” says Kompier, “and to bring that into the designated opening with a joystick in your hand that is only a few centimetres in size with millimetre precision requires not only experience but also a certain mental strength - especially under the eyes of numerous critical spectators,” Kompier smiles, showering his colleagues with praise. But there was also great joy with regard to the available time window, because after all, only three weeks had passed from the receipt of the order to the final position of the bridge construction. 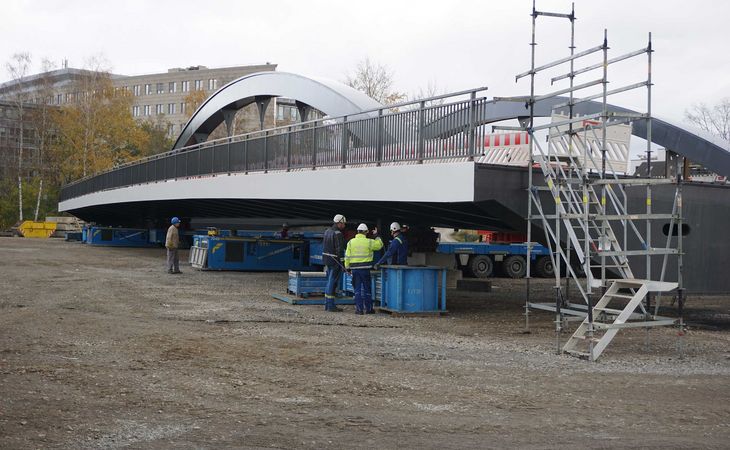 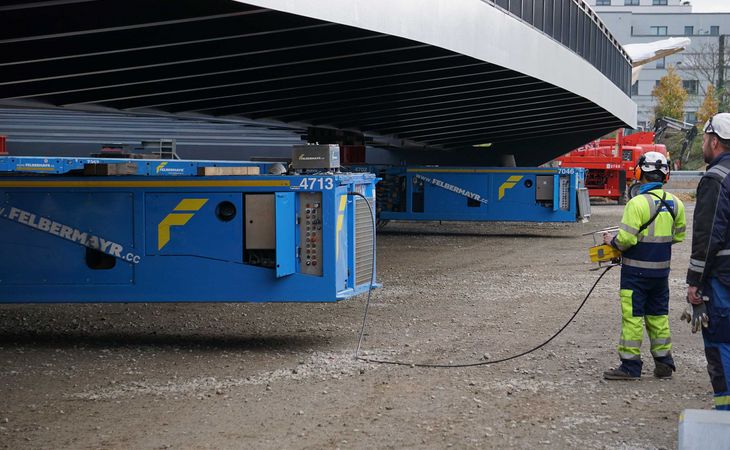 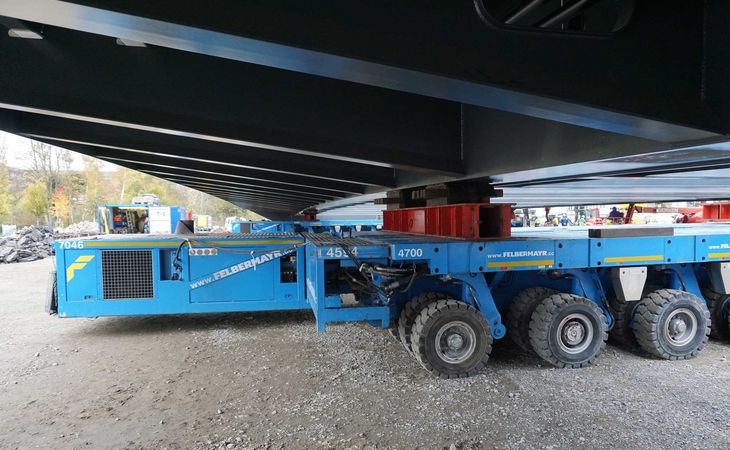 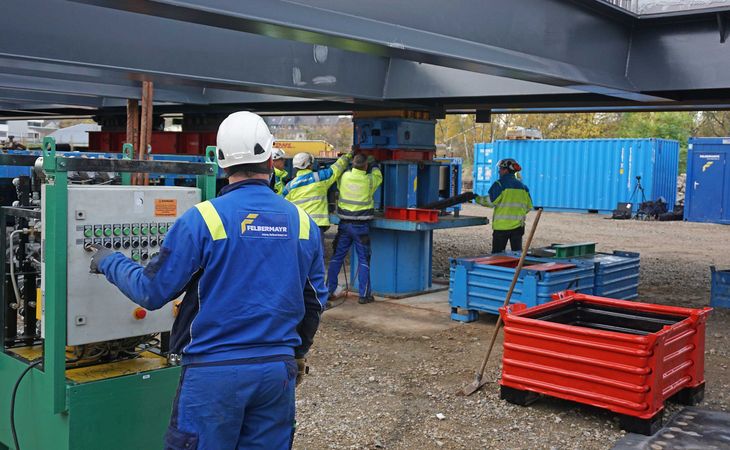 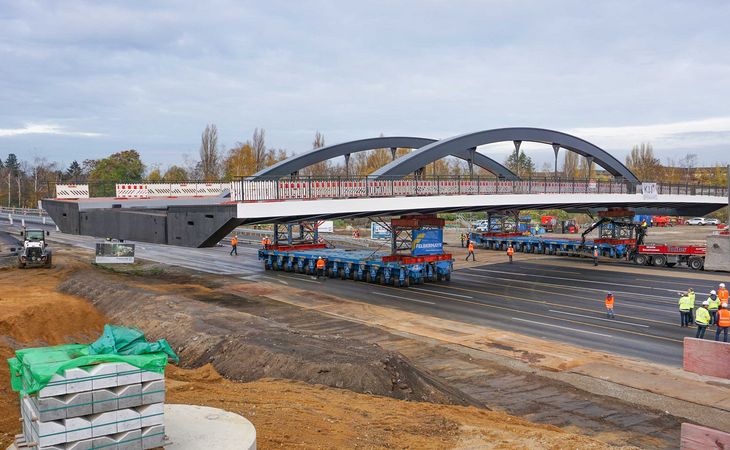 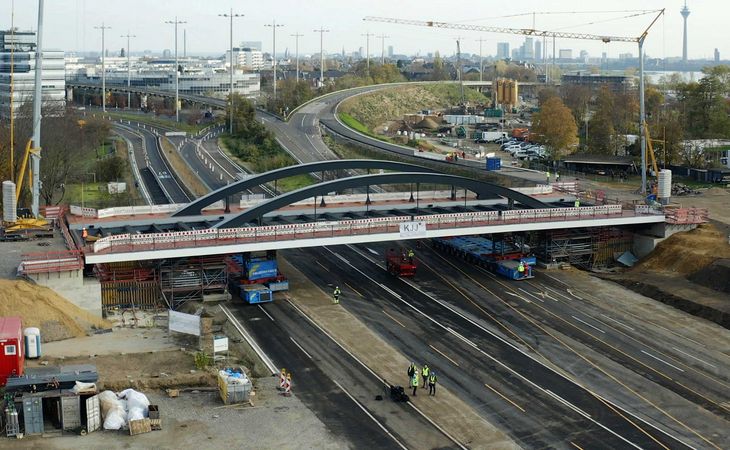 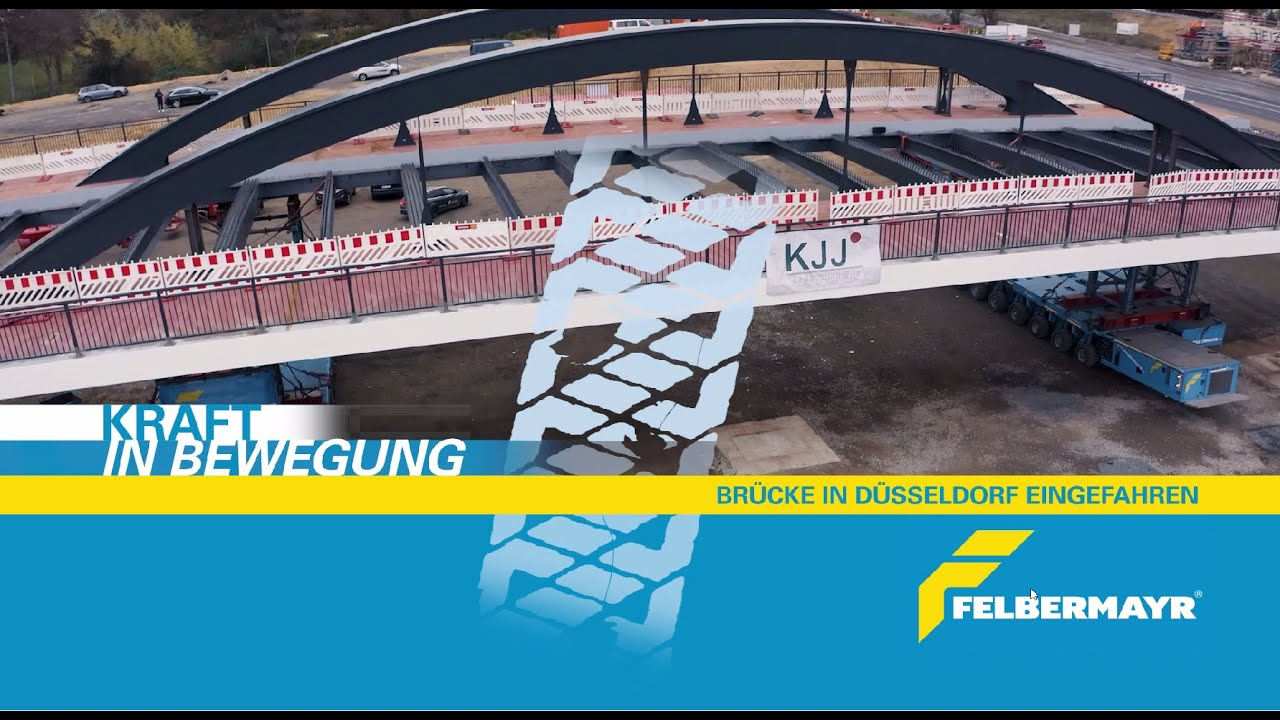