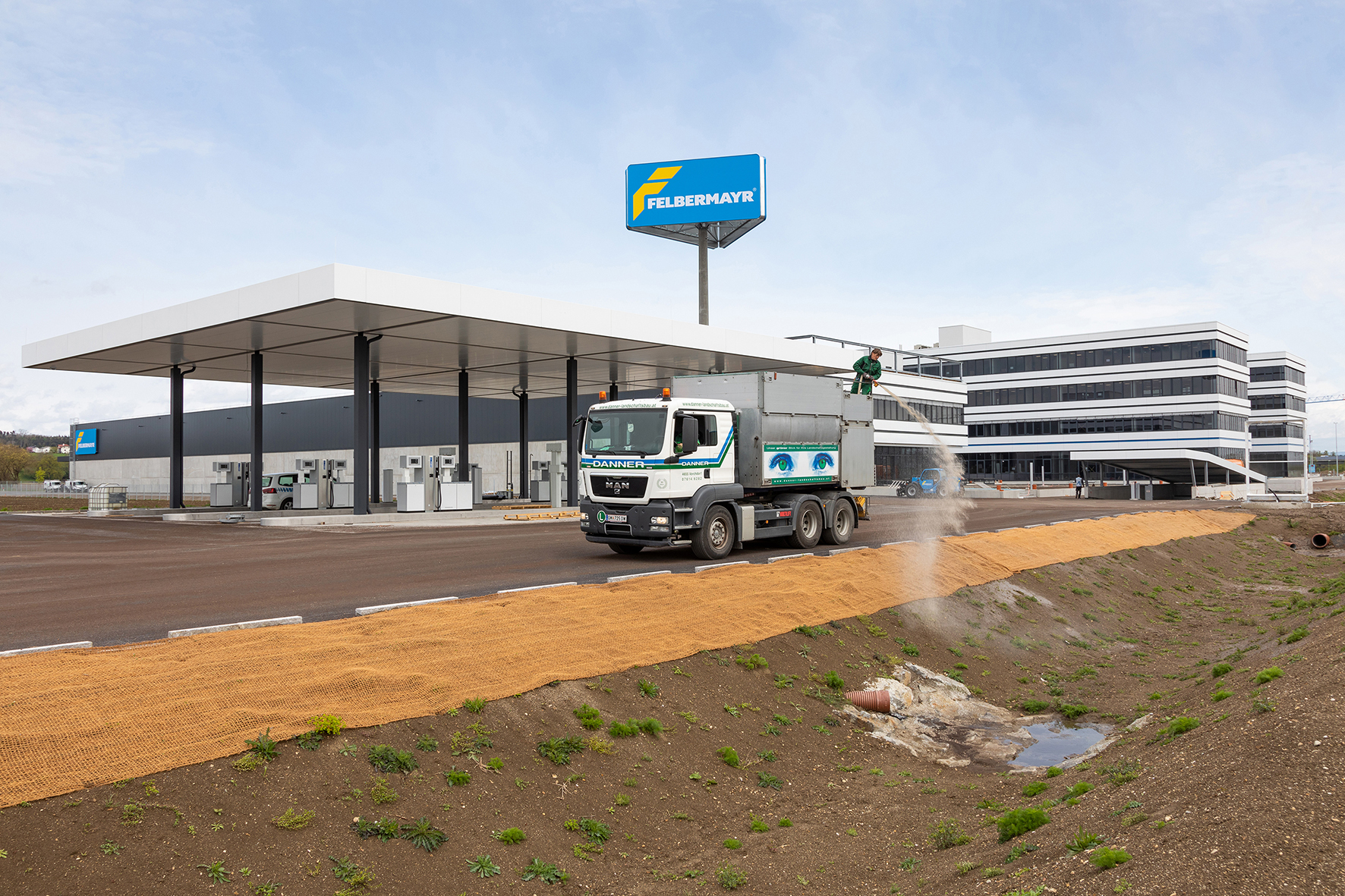 Felbermayr Bau and Danner Landschaftsbau go down a common road

29/04/2021 | For a few weeks now, the Felbermayr construction company has had one more trade. With the takeover of the traditional Upper Austrian company Danner, landscaping has now joined the Wels-based company's trades in addition to structural engineering, civil engineering and hydraulic engineering.

For more than 60 years, Danner Landschaftsbau has been achieving great things in harmony with nature. And there is hardly anyone who is not familiar with the signs with the green lettering along the motorways. Today, Danner is synonymous with the greening of steep slopes, erosion control, landscaping and the design of outdoor facilities in general.

Over the course of the new construction of the Felbermayr headquarters in Wels/Oberthan and the exterior design required for it, the question of whether it was necessary to buy a company for it was now also obvious. Company boss Horst Felbermayr answers this firmly, but no less amused, with a resounding “No”. Rather, the purchase had come about because of a decades-long acquaintance between the two entrepreneurial families Danner and Felbermayr.

For the former owner of the landscaping company Reinhard Danner, the sale to Felbermayr was a logical consequence in terms of succession planning.  Even if Danner had previously turned down several offers from other interested parties due to a lack of a sustainability concept: “When I sold the company, I was primarily interested in preserving the jobs of my 20 employees, some of whom have been with the company for decades, and not in getting the highest possible price.” Danner also sees synergies. For example, the use of cranes for roof planting or the need for earthworks in large landscaping projects in infrastructure construction.

Horst Felbermayr shares these arguments and sees the acquisition as a win-win situation: “The subject of landscaping ideally expands our existing trades. This means that we can now also offer our customers greenery, for example, following the civil engineering-oriented exterior design of industrial systems. In addition, he is also pleased about the near-natural techniques that are still used at Danner and are often a proven alternative to the use of concrete and steel. For example, the construction of biological engineering structures using wickerwork in hydraulic engineering.

​​​​​​​Operationally, the Danner company remains independent and also retains its name. Horst Felbermayr on this: “The company has been functioning excellently for decades, I see no reason to change anything”. Only organisationally will it be incorporated into “Tiefbau Österreich”. Danner Landschaftsbau is managed by Roman Laßmann, an employee of the Danner company for decades. Together with the management, he will drive forward the integration of Danner competencies and the development of synergies and new concepts.

​​​​​​​Incidentally, there are already pertinent references for such a collaboration between Danner and Felbermayr. For example, the construction of the Traunleiten power station in Thalheim near Wels. After completion of the construction work, measures were taken there by Danner in the Natura 2000 protected area to create a biotope for the most species-rich fauna and flora possible. Without a green thumb, nothing works in the construction industry any more. And with Danner, Felbermayr can even better support its customers in the implementation of construction projects with the highest environmental compatibility. For our sake and for the sake of our water. 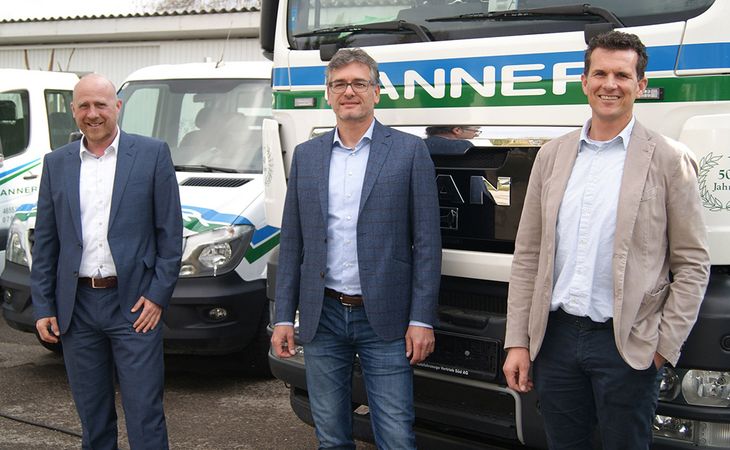 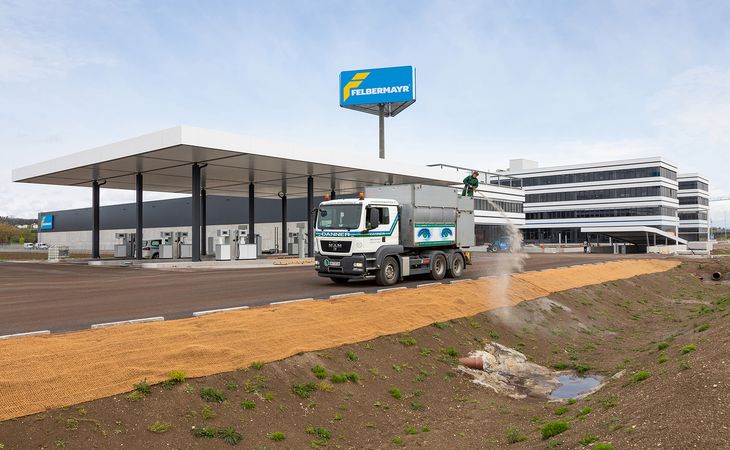 Spray-on greening by Danner at the new Felbermayr site in Wels/Oberthan. 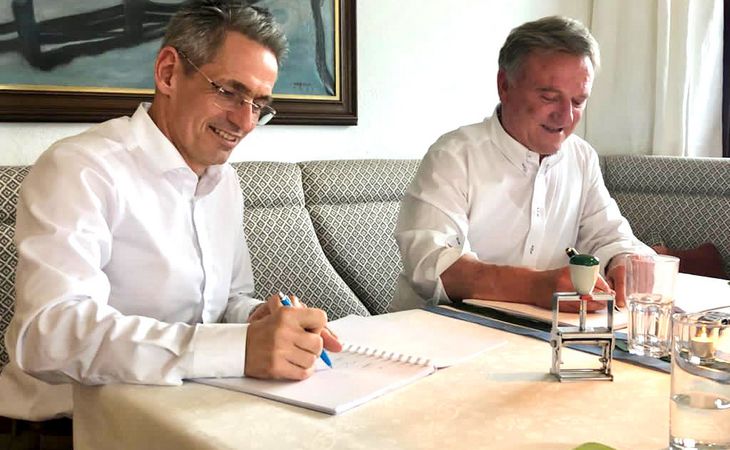 DI Horst Felbermayr and Reinhard Danner at the signing of the contract. 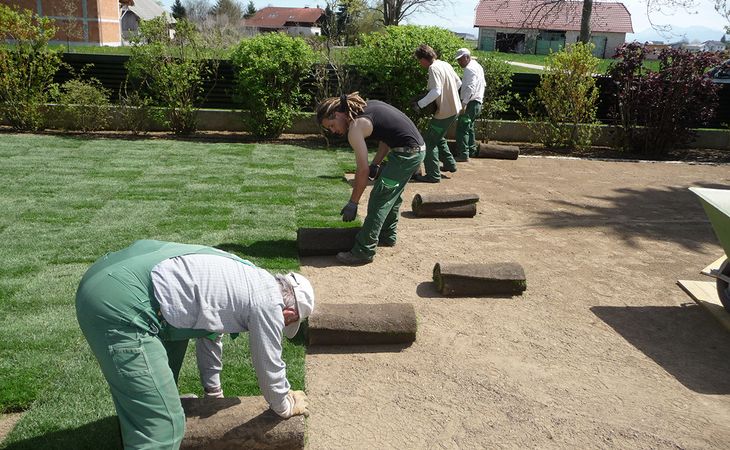 The installation of prefabricated turf (rolled turf) is not only visually appealing, but also enables the immediate greening of outdoor facilities. 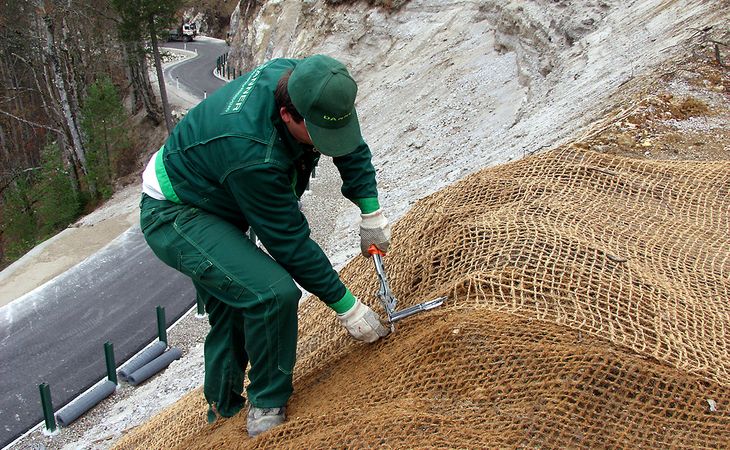 With the soil stabilisation variant adapted to the local conditions, topsoil - even in extreme locations - is immediately stabilised and secured for the long term. 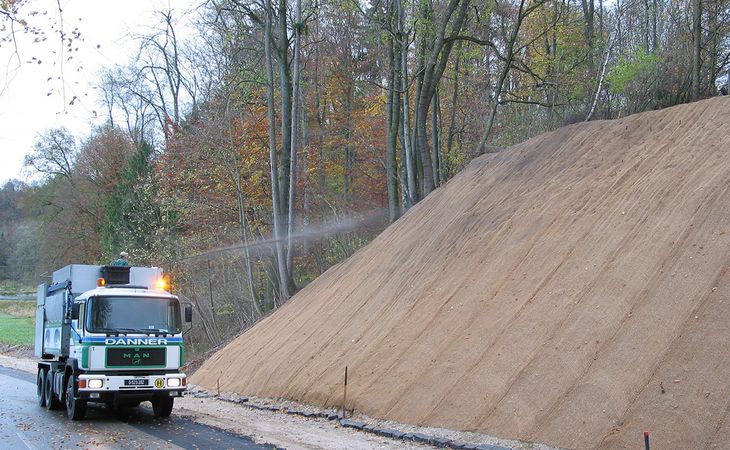 The process of spray-on revegetation enables cost-effective and rapid revegetation of humus-free soils, steep areas and secured slopes. The mixture of the greening substrate is precisely adapted to the site and/or authority specifications. 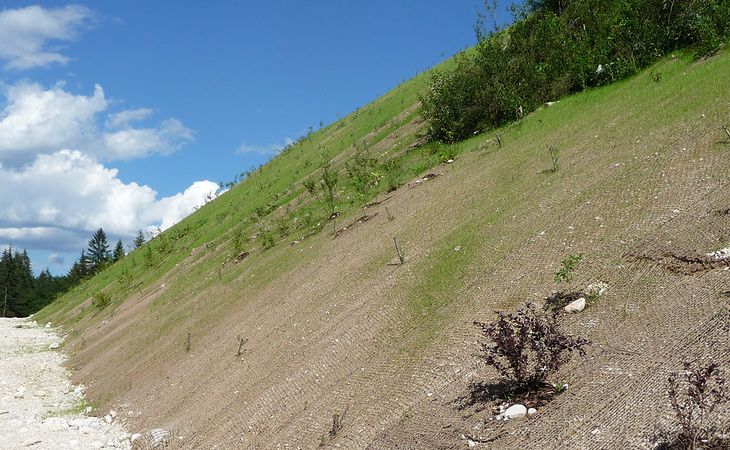 Natural recultivation by securing, greening and planting an overburden slope with a view to using fully biodegradable materials. 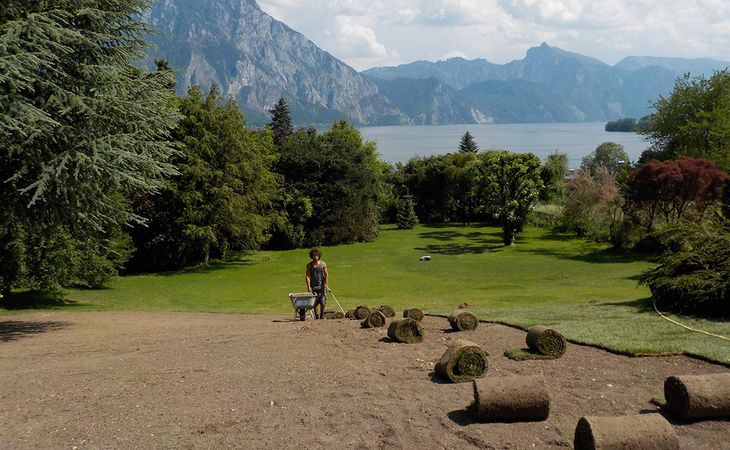 The existing equipment and the know-how of the landscapers enable a wide-ranging service portfolio for recultivation and new planting.