16/06/2016 | Felbermayr's Structural Engineering division began constructing an industrial building for manufacturing blanks for the automotive industry in July 2015. The building, which spans an area of around 8000 square metres and is located in Linz, the state capital of Upper Austria, was completed in May 2016.

voestalpine Europlatinen has stated that it is currently operating at full capacity utilisation, a situation which is set to continue into the middle of the next decade. This prompted the company – which specialises in laser-welded blanks for automotive construction – to build a second production site. Felbermayr was awarded the contract for the construction work, as well as for plastering and screed-laying work and for building the outdoor facility.

"The building essentially consists of a production hall with an adjoining office complex, as well as workshops and storage rooms," stated construction manager Mathias Imlinger from Felbermayr's Structural Engineering division. The hall is divided into a 16 metre-high room for stamping operations, totalling 4700 square metres, and an area with a size of 2500 square metres and a height of nine metres for the welding robots. 400 square metres of workshop area and a 640 square metre office unit were also part of the contract awarded to the Structural Engineering division.

The office complex was constructed entirely on-site from bricks. All other parts of the building were produced by means of prefabricated concrete parts or hollow-core planks and walls. "Special requirements were placed on the floor of the hall, which was constructed as a monolithic plate," explained construction manager Imlinger. In order to make the floor surface resistant to mechanical influences, hard grit was scattered into the concrete while it was still wet and subsequently sanded down. In order to prevent cracks forming, the floor was also divided into areas of around 150 square metres by heavy-load joint profiles. However, the highlight of the order was the tolerances required in the hall for stamping operations. "In order to achieve the required assembly quality for the subsequent installation of the stamping machinery, the necessary attachment parts were pre-welded onto the reinforcement," explained Imlinger. He also mentioned that approximately 250 of these units were created. The accuracy for this was given as +4 millimetres. "We had to be extremely meticulous in order to comply with these tolerances," remembers Imlinger, who is pleased that even after concreting, the installed parts remained in the same position, give or take a few millimetres, that they were in before concreting. In addition to the prefabricated concrete parts, approximately 1400 cubic metres of concrete and 330 tons of reinforcement were also used. Felbermayr's Civil Engineering division used 2500 tons of asphalt for the outdoor facility covering an area of more than 5000 square metres.

According to a statement by voestalpine Europlatinen, commissioning the factory will not only extend the company's manufacturing capabilities but will also extend existing production in terms of the technology used. For instance, in the new factory it is possible to manufacture stamped aluminium parts and aluminium/aluminium blanks for the first time. These parts are required for fitting doors, side walls and tailgates, for example. With welding taking less than two seconds for extremely small parts, the factory also has the world's fastest system. Another positive effect is that putting the new factory into operation will increase the number of employees from 200 for 270, according to company management. 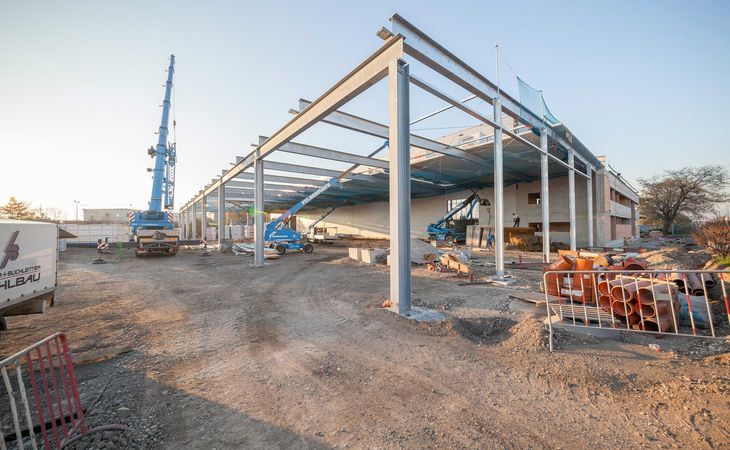 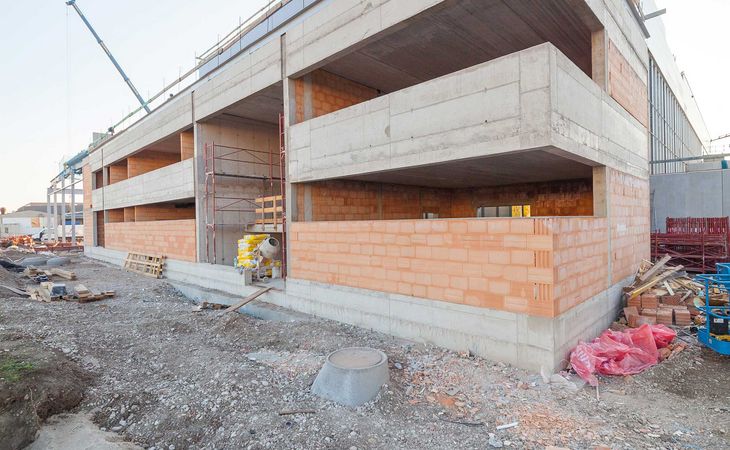 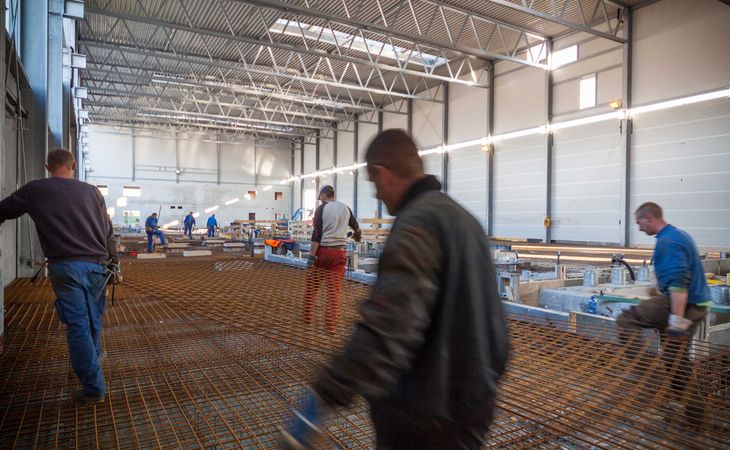 The employees requested low tolerances for the parts attached to the machine bases. 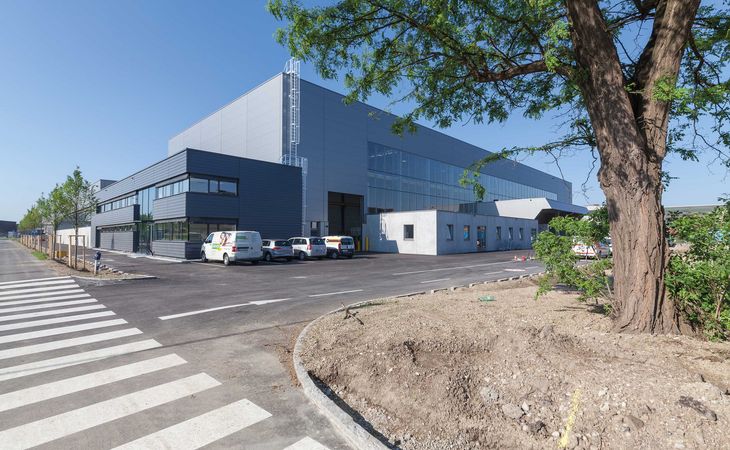