23/08/2021 | At the end of July, Felbermayr Switzerland successfully completed their first partial order of a large transport project. A total of four transformers will be replaced in the Grimsel region in Switzerland - the order includes the transport of the new transformers as well as the removal of the old ones.

The organisation and handling of complex transport projects is practically part of Felbermayr's daily business. Consequently, transformer manufacturers and power plant operators have commissioned Felbermayr to transport these four new transformers, each weighing 95 tons. It took about two years from the planning stage to the successful completion of the sub-project.

The first partial transport commenced at the end of July 2021 - two of the total of four transformers to be transported were picked up at the Felbermayr warehouse in Linz and brought by direct road transport to the reloading point in the Swiss canton of Bern. “Once there, the heavy freight was transferred to a beak bridge by means of a rostrum trailer,” explains Ingo Müller, project manager on the part of Bau-Trans. The further transport was about 30 kilometres and an astonishing 1,200 metres in altitude via a gorge to the portal and then via a very narrow access tunnel to the planned destination, the powerhouse. The two transformers were unloaded there with powerhouse cranes. But this was not the end of the operation - the first of a total of four old transformers was taken over as a counter-transport and transported down into the valley to  headquarters of the power plant.

​​​​​​​“Particularly challenging with this order was managing the planned transport route,” Müller reports. Especially the transport with the 10-axle low loaders over a swiss mountain pass posed a great difficulty due to the inclines, declines and tight curves - both the ascent and the descent, with a total weight of about 250 tonnes, was a demanding task for all involved. In addition, there was a construction site on a bridge, which meant that only one half of the bridge could be used during the crossing due to the bad weather, and the spatial conditions were thus cramped. In order to ensure sufficient clearance with the cargo, the transformers were loaded off-centre in the through-loading girder bridge.

Thanks to the meticulous organisational and technical preparations, especially in cooperation with the customer, authorities and subcontractors nothing stood in the way of a successful project start. 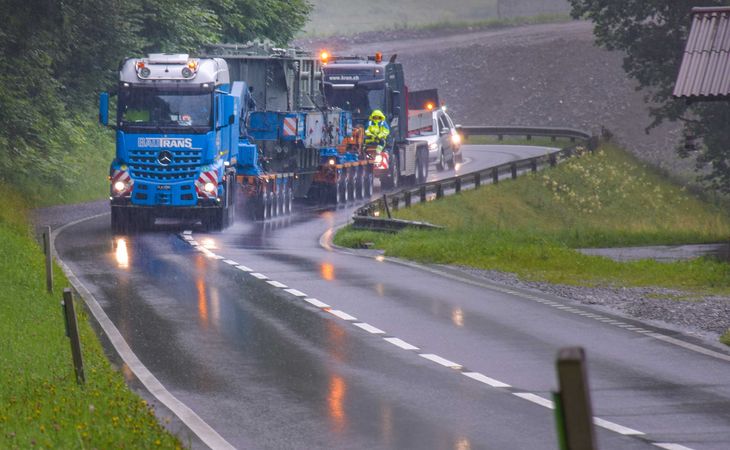 At the end of July, a major transport project was launched by Felbermayr Switzerland. 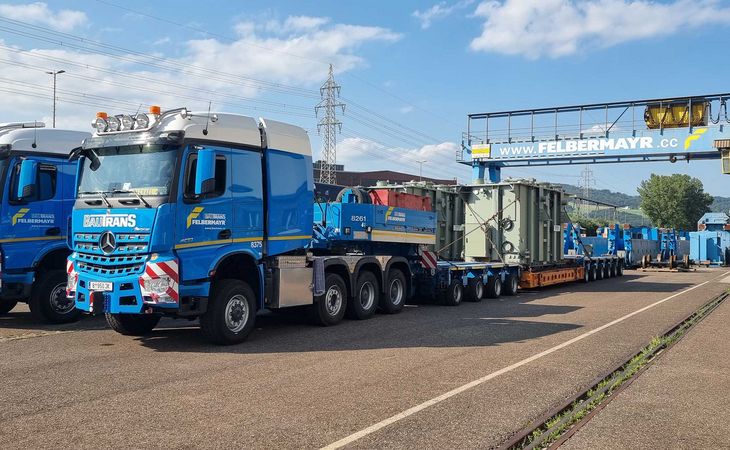 The transport was about 30 kilometres and an astonishing 1,200 metres in altitude. 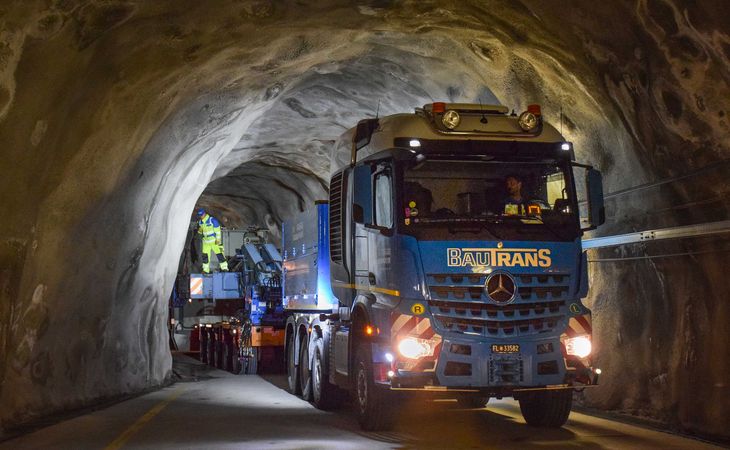 The transport to the planned destination, led through a very winding and narrow access tunnel. 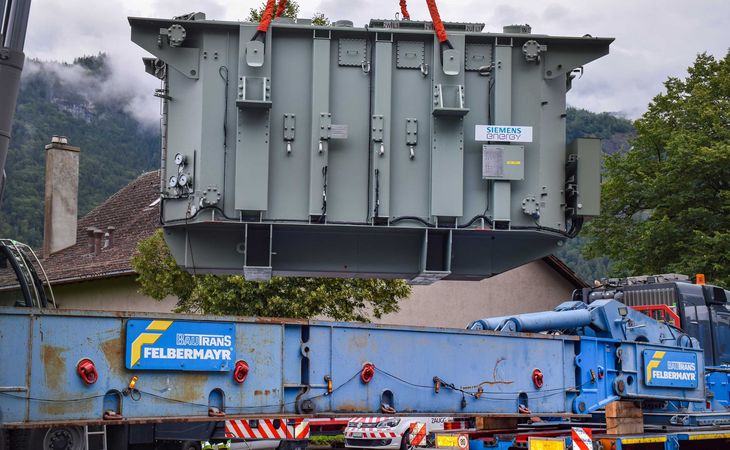 The heavy freight was transferred from the vessel bed to the side girder deck. 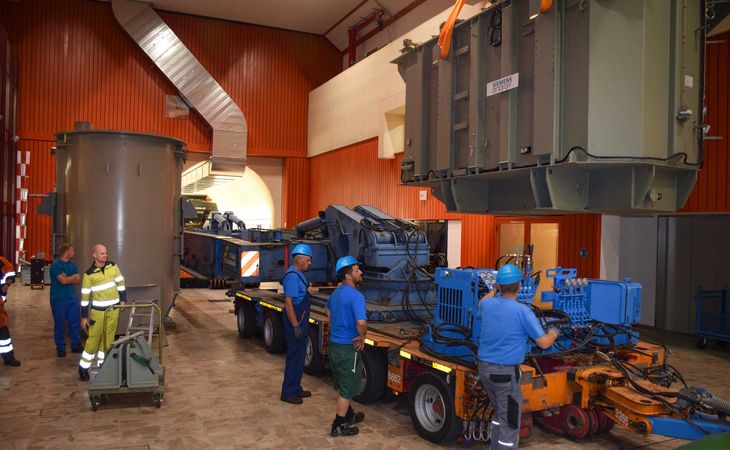 Arriving at the powerhouse, the two new transformers were unloaded on the future site. 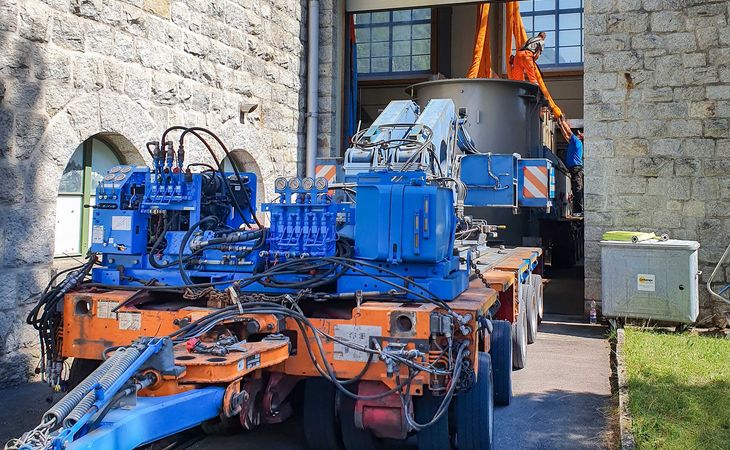 After entering the assembly hall, the old transformer was unloaded for scrapping.
Previous Next